Children Affected and Infected by HIV/AIDS

Children and the HIV/AIDS Crisis

Acquired Immune Deficiency Syndrome (AIDS), a global epidemic causing millions of deaths, panic and fear, was officially identified by medical professionals in 1981. The retrovirus that causes AIDS, Human Immune Deficiency Virus (HIV), was identified in 1983. Since then, the pandemic has grown at an alarming rate, with children and young adults worldwide comprising the group with the fastest growing rate of new HIV infections. In sub-Saharan Africa where HIV/AIDS prevalence is the highest in the world, the majority of new infections are occurring among young people between the ages of 15 and 24.[1]

HIV is transmitted through an exchange of bodily fluids during sexual activity, by exposure to infected blood, or by sharing contaminated needles. It also can pass from an HIV-infected mother to her unborn fetus or to infants during the birthing process. An HIV positive person receives an AIDS diagnosis after developing one of the AIDS-indicator illnesses defined by the Center for Disease Control (CDC), or on the basis of certain blood tests.[2] A person may be HIV positive, but may not have AIDS. Recent medical developments in some areas of the world, such as immunity boosting treatments or lifestyles, have allowed HIV positive people to live longer and delay the onset of AIDS.

The epidemic has reached every continent except Antarctica, yet is most prevalent in sub-Saharan Africa with 25 million living with HIV/AIDS in 2003.[6] HIV/AIDS prevalence has reached distressing levels in a few countries, exceeding 30% in Botswana, Lesotho, and Swaziland.[7] Epidemics continue to grow around the world, including in China, Indonesia, Papua New Guinea, Vietnam, Central Asian Republics, the Baltic States, and North Africa. It is important to note the HIV/AIDS crisis is not limited to less developed countries. For example, according to the Center for Disease Control and Prevention (CDC), an estimated 900,000 residents of the United States were living with AIDS in 2001; yet recently, the UNAIDS Report on the Global AIDS Epidemic announced this number has climbed to 950,000 Americans.

HIV/AIDS does not discriminate when choosing its victims, and affects people without regard to gender, age, geography, ethnicity, race, or sexual orientation. However, there are particular sectors of youth who are more susceptible to becoming infected including children who inject drugs, live on the streets, have been sexually violated, or work in the sex trade. Also, young males having sex with males, adolescents caught in armed conflict, and children orphaned or affected by AIDS are at higher risk of contracting HIV/AIDS.[8] New studies have shown that despite a consistently higher percentage of male HIV/AIDS patients, adolescent girls and young women are still at a very high risk. The fact girls’ vaginal tracts are less mature and their tissues is more vulnerable to tearing augments their risk. In general, females are at greater risk of infection through unprotected vaginal intercourse than are males.[9] “Sexual mixing,”, when girls provide sexual favors for older men in exchange for gifts or money, puts girls who live in poor economic conditions at greater risk. Dangerous myths, like the belief in some societies that having sex with a virgin will cure AIDS or ensure one will not contract HIV, increase the chances of an adolescent girl becoming infected.[10]

Often youth will experiment sexually or become sexually active during adolescence, a reality that increases young people’s risk of contracting sexually transmitted diseases.[11] A general lack of knowledge, skills, and sexual experience makes adolescents and children especially vulnerable to HIV/AIDS. Young people are more likely to have sex with high-risk and/or multiple partners, and are less likely to use condoms when they engage in sexual activity for the first time due to fear, embarrassment, or the belief they are not at risk of being infected with HIV.[12] Poverty, lack of education, lack of medical resources, and a thriving industry of commercial sexual exploitation of children are also factors that contribute to the proliferation of HIV/AIDS among youth around the world. 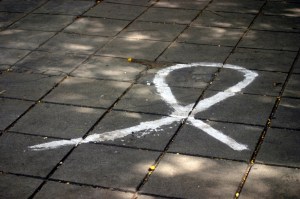 The Impact of HIV/AIDS on Children

Children suffering from HIV/AIDS face susceptibility to other illnesses, stigmatization, depression, and death. Serious misconceptions about HIV/AIDS held by peers or others in a child’s community increase the alienation an infected child experiences (i.e. the belief HIV can be transferred by shaking hands with someone who is infected). Another group of children who suffer due to the HIV/AIDS crisis are children whose parents, family members, or caretakers are infected with HIV/AIDS. An estimated 14 million children worldwide are orphaned due to HIV/AIDS, 12 million of these children live in sub-Saharan Africa.[13] Children who live with a parent or family member with AIDS may face a significant decrease in family income, interrupted schooling if children must drop out to care for a sick parent or to earn money, depression, and alienation from their communities.[14] Children whose parent(s) are already deceased due to AIDS suffer the trauma of witnessing sickness and death, damage to cognitive and emotional development, and may not have educational opportunities in the future. These children are more likely to be poor and less healthy, and more likely to be subjected to other forms of exploitation, such as the worst forms of labor.[15]

Significant efforts have been made in the past two decades to prevent the spread of HIV, improve the situation of those people living with or affected by HIV/AIDS, and educate the general public about the disease. UNICEF, UNAIDS, and non-governmental organizations that specialize in HIV/AIDS issues, human rights, and children’s issues have taken steps to raise awareness about how seriously AIDS is affecting children. These organizations are working to provide better education for children worldwide as part of their prevention efforts. UNICEF and UNAIDS headed a two-day meeting in 2002 with NGOs to discuss the pressing need to provide adequate care for children orphaned by or living with HIV/AIDS and to keep them in school. Some governments, like Namibia’s, are adopting legislation to guarantee that children orphaned by AIDS carry on with their education. In February 2004, Sudan took its preliminary steps to combat AIDS, opening its first HIV/AIDS voluntary testing and counseling center in Juba .

While medicine for HIV/AIDS patients has been limited to adult testing and use in the past, recent development of medicine to help children with AIDS live longer, healthier lives has been welcomed and lauded. However, this progress has occurred primarily in more developed countries. Finally, there is continual funding and persistent support for medical research focused on finding a cure for AIDS.

How You Can Help?

You can help address the issue of children affected and infected by HIV/AIDS in many ways. You can volunteer for organizations providing services for patients and families affected by HIV/AIDS. You can share information with people around you about children and AIDS, with the goal of elevating awareness, ending the silence, and dispelling the stigma and shame often associated with HIV/AIDS. You can encourage young people to become involved, since they are better equipped to understand and communicate the needs of youth, and they can develop a sense of responsibility and social conscience that will carry through their adulthood; they will also understand the dangers far better than youth who are not knowledgeable about the issue. Finally, you can support organizations like Youth Advocate Program International and our partners in conducting education and awareness campaigns, and/or AIDS research organizations dedicated to finding a cure.

Want to learn more? Check out the following links.