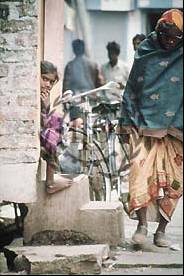 Commercial sexual exploitation of children (CSEC) has prospered for centuries with little information about the number of children involved and even less public awareness. However, we now know there are an estimated 2 million children that are commercially sexually exploited every year, with as many as 300,000 of these children in the United States, some of whom have been trafficked from other parts of the world. This is no longer surprising to many NGOs considering that the trafficking and sale of people is now the third largest organized crime industry (next to the sale of arms and drugs).[1]

The Declaration of the World Congress Against Commercial Sexual Exploitation of Children (1996) defines the practice in general:

“It (commercial sexual exploitation) comprises sexual abuse by the adult and remuneration in cash or kind to the child or a third person or persons. The child is treated as a sexual object and as a commercial object. The commercial sexual exploitation of children constitutes a form of coercion and violence against children and amounts to forced labour and a contemporary form of slavery.”

There are three primary, interrelated forms of commercial sexual exploitation that comprise the sex trade: prostitution, pornography, and trafficking for sexual purposes. The United Nations defines child prostitution as: “the act of engaging or offering the services of a child to perform sexual acts for money or other consideration with that person or any other person.”[2] Child pornography consists of material representation of children engaged in sexual acts, real or simulated, intended for the sexual gratification of the user. Sex trafficking is defined as “…a pernicious form of slavery; it is the purchase of a body for sexual gratification and/or financial gain.”[3] Children who are victims of sex trafficking are transported across borders or within countries, across state lines, from city to city, or from rural to urban centers.

Both boys and girls are victims of commercial sexual exploitation, although the prostitution of girls is far more prevalent in most countries. Geographic areas where male-to-male prostitution is more prominent include the United States , Western European countries, and Sri Lanka.[4]

How many children are involved in CSEC?

The United Nations Children’s Fund (UNICEF) and the United Nations Population Fund (UNFPA) estimate that 2 million children are exploited in prostitution or pornography every year. However, due to the clandestine nature of the practice, lack of concrete evidence, national embarrassment, varying methods and terminologies of different countries, and other situational factors, it is virtually impossible to estimate how many other children are victims of trafficking, prostitution, or pornography, on a global scale.

Where CSEC is occurring today?

Child sexual exploitation of children occurs on every continent, except Antarctica, and is most prevalent in countries stricken by poverty, political turmoil, and corruption. In Cambodia , a nation still recovering from the war, famine, and brutal dictatorship of the 1970s and ‘80s, sex tourism thrives. The prostitution of girls as young as 5 years old is prevalent, particularly with many tourists visiting Cambodia with the specific purpose of having sex with prepubescent girls.[5] However, the practice is not limited to developing countries. For example, girls and young women from many countries are trafficked into the United States, often through Mexico, to become sex slaves. Abducted, sold or abandoned by family, or lured by hollow promises of jobs, school, and a better life, girls and women find themselves trapped, earning no money, and living in highly restrictive settings with no personal freedoms.[6]

Among the factors that increase children’s risk of entering the sex trade, extreme poverty that either forces families to sell or give away their children, or encourages children to voluntarily leave their homes in search of a better life, may be the principal catalyst. However, other children who are vulnerable to commercial sexual exploitation include those who suffer physical or sexual abuse in their homes, come from families involved in the sex trade, lack family support and protection, have uncertain legal status, or live near tourist destinations or military bases. Research by the non-governmental organization ECPAT (End Child Prostitution, Child Pornography and Trafficking of Children for Sexual Purposes) suggests that in many tourist destinations, the public, tourists, and law enforcement agencies alike assume that more lenient laws and social considerations apply, and thus child prostitution is tolerated or goes unnoticed. Military bases, historically breeding grounds for prostitution due to the presence of large numbers of men separated from their families and not living in normal societal conditions, continue to play host to sex trade businesses of adults and children.

Children suffer several physical and psychological problems as a result of commercial sexual exploitation. Physically, they are at even greater risk of contracting diseases like STDs, HIV infection, and AIDS, because they often have no control over choosing their sex partners or forcing them to wear condoms. Girls are also at risk of pregnancy. Many children in the sex trade are also drug users. In some cases, drug use is a result of children trying to cope with the pain of their reality, while other times pimps and madams drug children in order to have greater control over them. Prostituted children experience stigmatization, betrayal, and powerlessness, all of which impede their chances to escape the trade and successfully reintegrate into society. People working with prostituted children say that depression, disassociation of emotions from memory, and post-traumatic stress disorder are often exhibited by prostituted children as a result of repeated trauma.

Who is involved in CSEC?

Adult men, both heterosexual and homosexual, are the predominant customers of prostituted children. There are preferential users who specifically choose to have sex with children, among them people who suffer from the psychiatric disorder, pedophilia. Situational users on the other hand may not prefer children, and have sex with adults, but will exploit children sexually if they are conveniently available. Youth and beauty are qualities considered desirable by patrons of prostitution, and youth is correlated with beauty worldwide; these standards allow the market for commercial sexual exploitation to prosper. Other factors that contribute to the prospering sex trade of children include the fact that many men value the experience of taking a girl’s virginity, feel they are less likely to contract disease with a child, do not consider the children as children because of the nature of their work, as tourists carry racist or insensitive attitudes about the culture of the country they are visiting, and in some cultures people believe having sex with a virgin will cure them of HIV/AIDS by passing the disease to the child.

In addition to patrons of child prostitutes and child pornography who fuel the industry with their money, the other adults involved in the commercial sexual exploitation of children are those who earn money through supplying services. Prostitution, pornography, and sex trafficking of children have proven to be profitable businesses for pimps and madams, the tourism and hospitality industries, organized crime groups, pornographers, and, in some cases, families.

Public awareness of the issue is growing as the committed efforts of grassroots groups have led to significant media coverage worldwide. The New York Times published a series of four articles in January 2004 about two girls in Cambodia working in brothels. An article published on January 25, 2004 in the New York Times Magazine detailed sex trafficking and the prostitution of girls in the United States. Also, a special report was televised in January 2004 by Dateline NBC, which went undercover in Cambodia to expose the commercial sexual exploitation of children. News groups in Latin America have also publicized the high incidence of CSEC in their respective regions, such as the online newspaper El Tiempo that published an article on increasing child prostitution in Colombia.

There has been progress in the legal arena as well, with many international conventions that provide protection for children who are exploited in the commercial sex industry. Articles 34 and 35 of the UN Convention on the Rights of the Child calls for State Parties to take all actions necessary to prevent a child from being forced to in engage in unlawful sexual activity, and from exploitation through prostitution, pornography, and/or trafficking. The Optional Protocol to the Convention on the Rights of the Child (CRC), adopted in 2000, addresses the specific issue of the commercial sexual exploitation of children. The Trafficking Victims Protection Act and the Protect Act are among other pieces of legislation that have also advanced the fight against CSEC.

Several countries known to have a high number of offending sex tourists have enacted legislation that provides stiff penalties for those citizens engaging foreign children in sexual activities. The United States has made it a felony for U.S. citizens or legal residents to travel to a foreign country for the purpose of engaging in any sexual act with a child. Greater law enforcement efforts have been undertaken in several countries (although much remains to be done), and some countries have revised national laws that specifically recognize children’s rights to be protected from commercial sexual exploitation. More public funds are being committed to awareness and fighting child pornography in several countries. Finally, many United Nations agencies and local to international NGOs are implementing prevention, rescue, and reintegration programs in numerous countries.

Anyone who is concerned about this issue can help. First, become informed on these issues and then raise awareness by communicating to peers, colleagues, friends, and your representatives about the need to stop the commercial sexual exploitation of children. Educators can introduce material about the practice in their classrooms; journalists can use the media to inform the public; business, community and religious leaders can support children’s clubs or street shelters.

You can also make a difference by supporting organizations like Youth Advocate Program International and our partners in the fight against the commercial sexual exploitation of children worldwide.

Want to learn more? Check out the following links:

[1] U.S. Campaign against the Commercial Sexual Exploitation of Children.