Definition of Refugee and Internally-Displaced Person

According to Article One of the 1951 Convention relating to the Status of Refugees, a refugee is a person who “owing to a well-founded fear of being persecuted for reasons of race, religion, nationality, membership of a particular social group or political opinion is outside the country of his [her] nationality and is unable or… is unwilling to avail himself [herself] of the protection of that country.”[1] Internally-displaced persons have had to flee their homes and cities of residence in order to avoid the effects of armed conflict, situations of generalized violence, violations of human rights or natural or human-made disasters. Internally-displaced persons, by definition, have not crossed an internationally recognized state border.[2]

How many children are refugees or internally-displaced, and where are they?

There are approximately 20.5 million people worldwide who the UN High Commissioner for Refugees (UNHCR) classifies as refugees and another 25 million classified as internally-displaced (people of concern). These individuals are in more than 50 countries worldwide, and the demographic breakdown of refugees (protected under UNHCR mandate – 1951 Refugee Convention) is as follows: Asia, 9.4 million; Europe, 4.4 million; Africa, 4.6 million; North America, 1.1 million; and Latin America and the Caribbean, 1 million.[3] In these areas, refugees are driven from their countries by war, civil conflict and political strife. A list of the ten largest groups and origins of major refugee populations in 2002 are as follows: Afghanistan, 2,481,000; Burundi, 574,000; Sudan, 505,000; Angola, 433,000; Somalia, 429,000; Democratic Republic of Congo, 415,000; Iraq, 401,000; Bosnia, 372,000; Vietnam, 348,000; and Eritrea, 316,000.[4] Children under the age of 18 make up 45 percent of the worldwide refugee population.[5] According to the UNHCR, nearly 25 million children are currently displaced from their homes as refugees, asylees, or internally-displaced children.

Vulnerability to Refugee or Internally-displaced Status

People may become internally-displaced persons or refugees because they are persecuted due to their race, religion, nationality, membership of a particular social group or political opinion. Children are especially vulnerable because they depend on the protection of their parents or guardians from whom they are often separated during moves, in large refugee camps, or while being held in detention camps. Many who flee their homes are evading civil wars, ethnic, tribal and religious violence. Children and their families become caught in conflicts between governments and rebels or opposition groups. Refugees flee to neighboring countries; internally-displaced people flee their homes but remain in their respective countries.[6] 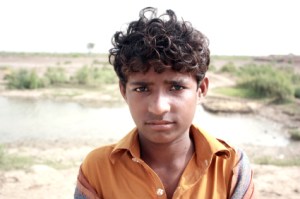 About half of the world’s refugees are children and adolescents. Whereas children experience many types of abuse as refugees and internally-displaced people, research shows that adolescents affected by armed conflict are more likely than younger children to be victimized and to lack support.[7] They are in danger of being exploited in the worst forms of child labor and often are denied basic education and protection. These youth often are abused physically and become victims of sexual violence and exploitation. Both boys and girls are at risk of being recruited into armed forces as combatants and forced laborers. Child soldiers are forced to kill, serve as sexual slaves, absorb the first wave of attacks, and commit atrocities against their own community. Children are also highly vulnerable to cross-border attacks. These children are extremely vulnerable.

The 1951 Convention relating to the Status of Refugees – considered the main international instrument of refugee law – clearly defines the term “refugee” and explains refugee rights. Further, the Convention establishes the internationally recognized obligation of non-refoulement – a country shall not return a refugee to the country from which they flee until their safety can be assured.[8] Article 14 of the 1948 Universal Declaration of Human Rights states that everyone has the right to seek and to enjoy asylum from persecution in countries outside his/her homeland.[9]

Many organizations are dedicated to helping child refugees and internally-displaced children through education, advocacy, and outreach. UNHCR works closely with UNICEF and other UN agencies, as well as with NGOs like the International Save the Children Alliance, to protect refugee and internally-displaced children. UNHCR, UNICEF, and Save the Children initiated the Action for the Rights of Children (ARC), a training and capacity-building program for NGO partners, governments, and UNHCR staff. Through ARC, they hope to build regional teams that are equipped to help children in the specific country/region to which they are assigned. In the last five decades, UNHCR has helped 50 million people restart their lives.

Another program, the Children and Adolescents Project, was launched by the Women’s Commission for Refugee Women and Children in 1999 to increase services and protection for refugee adolescents, to promote their capacities and participation in decision-making, and to encourage action. The Women’s Commission implemented youth-led research in which youth themselves identified the issues most concerning to them and provided youth-based solutions.[11] The International Rescue Committee’s Post-Conflict Development Initiative was created in 2002 to support communities in conflict and countries in transition. Some of the program areas focus on good governance, civil society and community reconstruction.[12] RESPECT, the Refugee Education Sponsorship Program, is committed to raising awareness among international youth about refugees and refugee issues, and encouraging activism and exchange among youth.[13]

You can help increase awareness of the plight of refugee and internally-displaced children by learning more about the topic and sharing the information with your friends and community. Organizations like Youth Advocate Program International and our partners can help provide information and help you find opportunities to get involved in the struggle to help protect and advocate for refugee and internally-displaced children worldwide.

Want to learn more? Check out the following links: